The Biography of Anna Vandeputte

She made several trips around the world to paint. Among the different travels of hers we have those of the trip to Senegal with several anecdotes such as painting the people of the villages, sleeping in the cabins and living with the tribes.

In India she traveled the Ganges river in Benares. In Peru she paints several works of typical girls. In Thailand she also paints several works. There are very interesting works by The Blue Men of the desert who live on horseback between Mali and Libya.

In the Canary Islands she visited on a trip that was going to Africa and they always stopped in Tenerife. Since he saw the Valley of La Orotava, the flora, El Teide and the wonderful Puerto de la Cruz, he decided to return to Belgium and sell all her properties and buy in Puerto de la Cruz, where she built the first hotel in Playa Martianez, the Belgium hotel in the shape of a horseshoe in 1956.

Diana Restaurant in Punta del Viento, Puerto de la Cruz. There she had her piano that she brought from Belgium and she painted the people of that golden age in which she drank a lot of champagne. She also painted the fishermen of that time, it is a highly valued work because they were very popular. Funny anecdotes was an old lady who wanted a portrate of herself as a girl with a blue bow on her head.

She painted all the doctors, lawyers, dentists and famous people of that time and kept painting until she bacame sick.

She also loved to paint the folklore of the 7 islands.

In La Palma she also painted the girls dressed in typical costumes. In Tenerife she paint many pictures of pilgrimages. Romeras and pilgrims singing and dancing.

She was a close friend of the photographer Imeldo Bello Baeza.

With Imeldo Baeza and his friend, the famous Spanish naturalist and geologist Telesforo Bravo from Puerto de La Cruz, they organized excursions to Teide and took photos, excursions to Masca when the road was dirt and there was no light. There they stayed to sleep at the house of Imeldo's friends

Baeza and Telesforo Bravo held very interesting gatherings for hours with the few inhabitants of that time. There she met and painted the blind woman from Masca, a very wise old lady, with her face and hands tanned by the sun, who lived in a little house with her husband and her family. That painting was acquired by the Buenavista City Council and hangs at the entrance, when going up the stairs of the City Hall.

Anna Vandeputte was in love with Masca and she spent long periods there painting the landscapes, the women weighing the potatoes, the men and women with skin tanned by the sun and hard work in the fields that she reflected in her portraits.

Anna Vandeputte belonged to the Rosicrucian Amorc order and was a senior soror. She traveled with the group of Rosicrucians from Santa Cruz de Tenerife to San Francisco. There she had the pleasure of making a portrait of the famous Grand Master-Ralph Maxwell Lewis. In Bruges she met the famous New York opera singer and musician Mitch Piper, together with his wife Robin Blauers artistic Director at Music Academy International, Artists Manager at Pipers Artists Management. They invited her to exhibit a painting of hers at the Dalí museum in Bruges on the day of the big farewell party for the opera Madam Butterfly. Her best friend, the Marquesa Teresa Machado Brier, Marquesa de la Candia and Marquesa de Torre Hermosa, was there (photo appears in the gallery). That painting was bought by the famous New York tycoon Marc Elardo, married to Anda Smith - Elardo. The painting currently hangs in his Vienna mansion.

In Belgium she was also commissioned to paint a portrait of the famous Belgian cyclist Freddy Maertens who achieved 221 Nieuwpoort victories - Florence and Tuscany were a passion for Anna Vandeputte where she traveled with her friend the Marchioness Teresa Machado Brier, Marchioness of Candia and Marchioness of Torre Hermosa, her daughter Mariana Rodriguez Vandeputte and her granddaughters Anneli, Kati, Lieve and Miriam Gonzalez Rodriguez. There they met Count Vanni Pozzolini. They spent unforgettable nights at Villa Di Bivigliano, listening to Puccini's opera, the "Signore, escort" area, with the famous soprano Patrizia Morandini and her granddaughter Kati Gonzalez and having very pleasant gatherings with the count's friends.

In La Victoria de Acentejo, together with her great friend, the doctor and mayor of that time, Don Alfonso Fernández García, she met the healer and saint of saints, Doña Concha, famous for healing with her tanned hands. Anna Vandeputte did not hesitate for a minute to make a portrait of her. She also did many of Doña Concha's hands. She even painted only her hands.

In the private collection of the painter Anna Vandeputte there are portraits of Carolina de Monaco, Lolita Flores, Ralph Maxwell Lewis, Patrizia Morandini

The most important portrait of her of her Royal Highness of her Leonor de Borbón Y Ortiz. 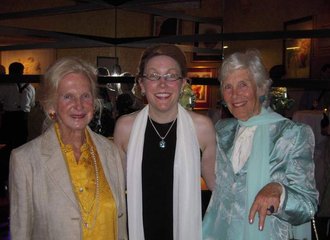 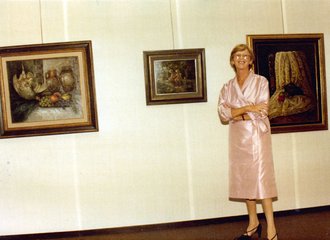 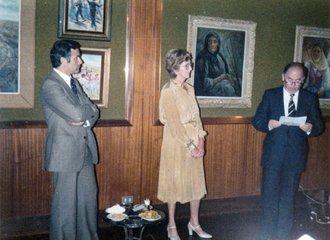 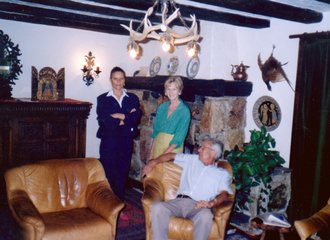 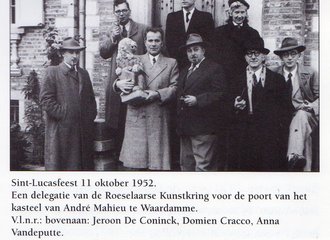 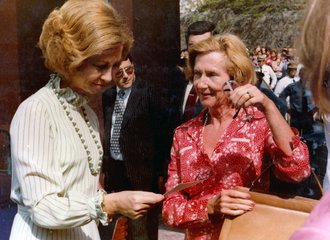 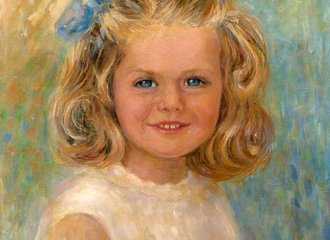 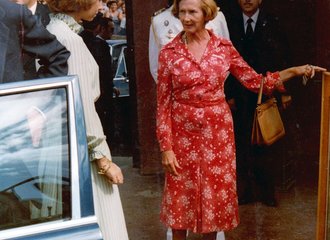 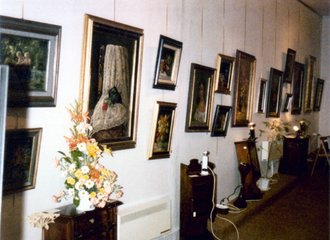 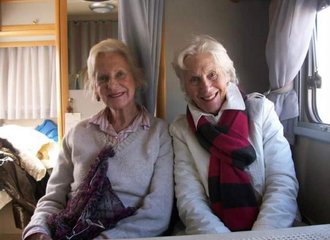